skip to main | skip to sidebar

When you are eating raw fish, either as sushi or sashimi, can it ever be too fresh? I would have answered "no" to that question until we ate here. 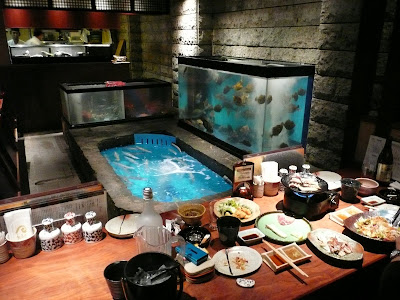 When they brought the sashimi to the table, there was a fish on ice in the center of the serving bowl, with his flesh carved artfully into little slices which were carefully arranged along his skeleton. I noticed he was still moving a little. Then he started to twitch and struggle, staring at us all the while. If there is an opposite to an appetizer, this was it.
We gave him his last rites and covered him with a napkin until his struggle ended.

It was late at night, and we'd already eaten, but we were both missing pizza and Italian pasta. So after asking a few locals we ended up at this stylish place and the kitchen was still open. 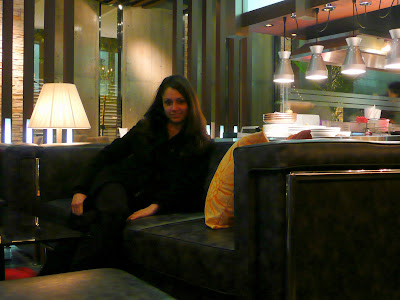 We shared a strange little pizza and a glass of wine. Good times. 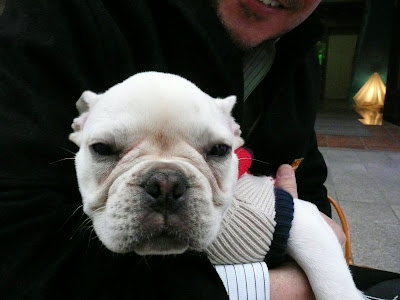 A young pup, some very well organized schoolkids, and I think this might be Atomic Boy. 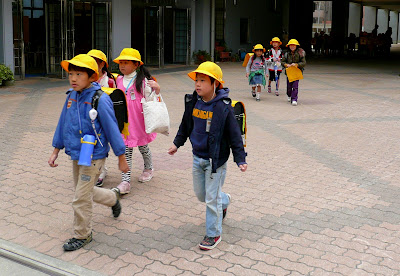 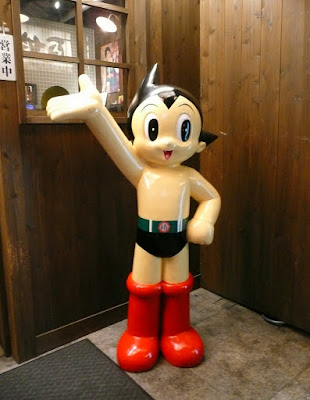 English language advertising is more or less ubiquitous in Japan. The meaning, however, is often lost in translation. 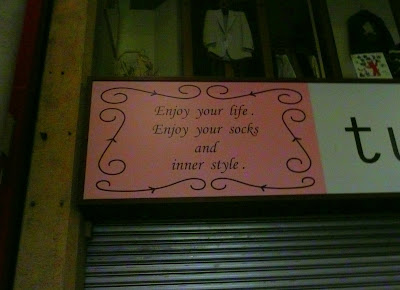 Our ever patient, saint-like mascot 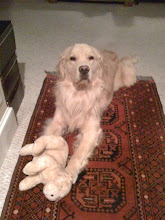